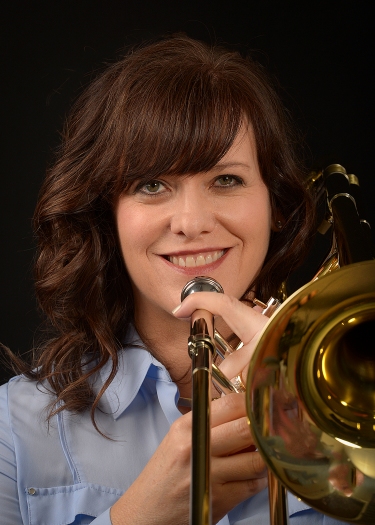 Dr. Deb Scott is the professor of trombone and bass trombone at Stephen F. Austin State University in Nacogdoches, Texas. She is also the director of SFA’s top jazz band, the Swingin’ Axes. She is a performing artist for Rath Trombones and is active as a performer and clinician in both classical and jazz styles.

Scott’s solo CD, Playing Favorites, was released in 2017 by Navona Records. She has been a featured soloist in many recitals and concerts with bands and orchestras in Texas and has been described as “one of the premiere soloists for her instrument” (Cinemusical 2017).  Most recently, she was part of Christopher Bill’s YouTube sensation featuring 28 trombonists from throughout the world performing Queen’s “Bohemian Rhapsody”. In 2016, she was a featured soloist and faculty member in Santa Fe, Argentina at Trombonanza. She is also regularly featured in radio broadcasts throughout North America. At the International Trombone Festival in 2010, she and the SFA trombone choir were described as playing a “fantastic performance…of some of the most challenging works in the trombone choir repertoire”.

Dr. Scott joined the administration of the International Trombone Festival in 2019 as the Director of the Composers Workshop. For a dozen years, she reviewed solos for the U.I.L. prescribed music list for trombone and bass trombone in the state of Texas. Over twenty jazz etudes composed by Dr. Scott have been accepted as audition material for the Texas All-State jazz trombone and bass trombone auditions; she has also selected all-state band audition material for trombone. She is active as a clinician and performer for All-Region jazz ensembles and jazz festivals. She reviews CDs for the International Trombone Association Journal.

Scott has performed with the Shreveport Symphony, Shreveport Opera, Longview Symphony, the Twentieth Century Unlimited Orchestra in Santa Fe, the New Mexico Music Festival Orchestra in Taos, the Orchestra of the Pines, the Lubbock Symphony Orchestra (Texas), the Greeley Philharmonic (Colorado), as well as the Barnum and Bailey Greatest Show on Earth Circus Band.

As a jazz artist, Dr. Scott performed frequently in the Houston area as the lead trombonist for the Ronnie Renfrow Big Band where she also free-lanced often. She has performed with such artists as J.J. Johnson, Louis Bellson, Diane Reeves, Frank Mantooth, Phil Woods, Lee Greenwood, the Mills Brothers, and the Ink Spots.

Other Interesting Things
Deb Scott and her husband, G.W., have two children: a daughter, Rachel; and a son, Jordan. They also enjoy traveling, kayaking, cooking, gardening, and snow skiing. 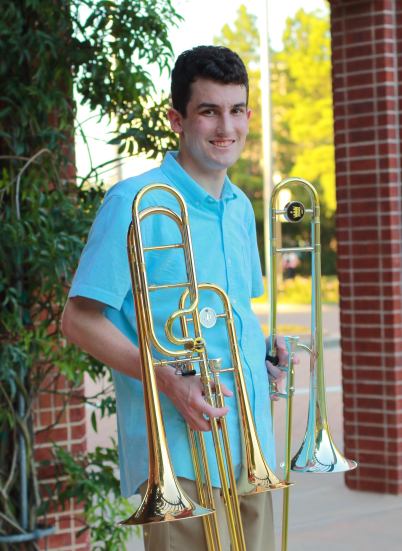 Mr. Vacca works at SFA as the adjunct trombone professor. He graduated from SFA with a bachelor’s degree in music education and then earned his master’s in trombone performance from the University of Texas where he studied with Dr. Nathaniel Brickens. Prior to the pandemic, Mr. Vacca was a consistent member of the UT Wind Ensemble, Symphony Orchestra, Jazz Orchestra, New Music Ensemble and Trombone Choir. He is also currently a long-term substitute band director at Tom Cox Intermediate School in Spring, TX.