The concert will feature a combination of trombone quartets and trombone choir, according to Dr. Deb Scott, professor of trombone in the SFA School of Music and the choir’s director.

The trombone choir will perform an eclectic program of mostly classical music, including Fanfare for 8 Trombones by Shelley Gurin, composer from “Praise the Lord” by Handel and Hopson, arranged by Jon Bohls and Canzona for Eight Trombones by Walter S. Hartley.

The group will conclude its performance with an exciting Brazilian piece called “Trombocueca,” which is a new piece of music by N. Ernesto Cortes composed for the “Trombonanza” conference in Argentina last summer where Scott was a featured artist.

Marking its 15th year, International Trombone Week is an annual worldwide celebration of the trombone. Since its beginning in 2003, the observance has featured thousands of trombonists creating and participating in grassroots events and performances all over the world.

The SFA Trombone Choir Concert and Dallas Tour was one of the best yet! This great group of students performed so well and also had a fantastic day, enjoying the Dallas food trucks and Museum of Art. 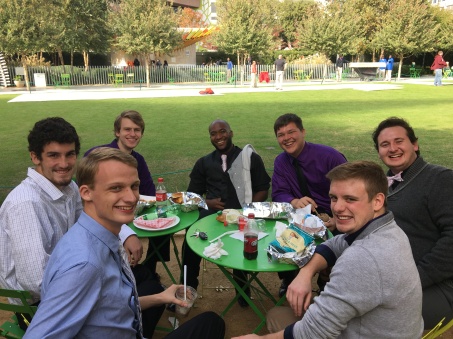 Lunch at the Dallas Food Trucks 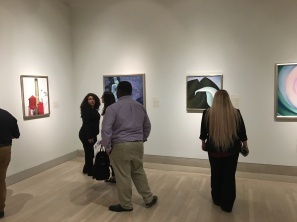 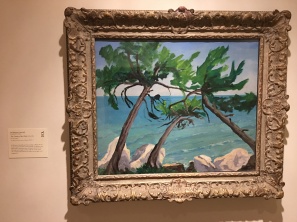 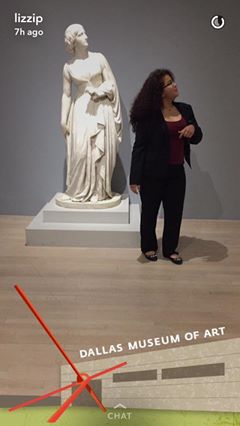 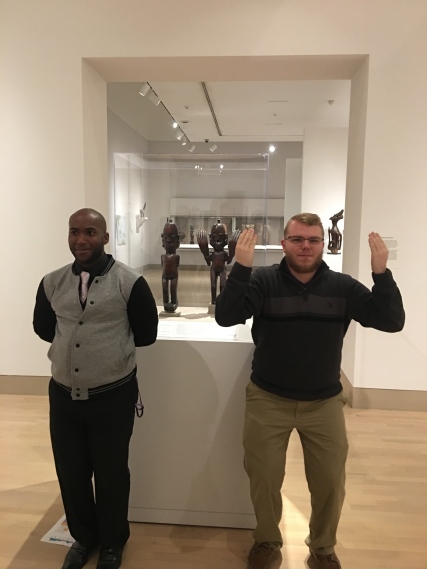 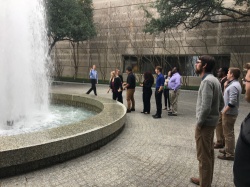 Samuel Carlsen, Luke Vacca, Dwight Watson, Carlos Prothow, and Johnny Acevedo killed it at the last jazz concert.  This is a section I won’t forget!

Daniel Ramos of Fort Worth, Megan Massarello of Cypress (Houston), Jordynn Conner of Brownsboro and Samantha Williams of Mesquite (Dallas) finished their outstanding senior recitals and will be student teaching this spring!  This was an extremely talented bunch of seniors, and they will be greatly missed.

The Trombone Choir at Stephen F. Austin State University will perform a recital at 7:30 p.m. Thursday, Nov. 12, in Cole Concert Hall in the Wright Music Building on the SFA campus.

Directed by Dr. Deb Scott, professor of trombone, the 22-member choir will perform “Canzona XIII,” composed by Giovanni Gabrieli in the 16th century for St. Mark’s Cathedral in Venice.

“This piece will feature three choirs of all trombones including the contra bass trombone, which plays in the range of the tuba,” Scott said.

Two other sacred pieces that Scott described as “beautiful chorales” are on the program, including “Ave Maria” by Anton Bruckner and arranged by Douglas Yeo, and “Holy is God the Lord” by Felix Mendelssohn.

The concert will also feature a piece by Dmitri Kabalevsky.

“Overture to ‘Colas Breugnon’ is a lively fun piece composed originally for an opera orchestra by Kabalevsky and arranged for trombone choir by Gary Slechta,” Scott said.

The recital a joint presentation of the College of Fine Arts and School of Music and is part of the Cole Performing Arts Series.

Tickets are $8 for adults, $6 for seniors and $3 for students and youth. For tickets or more information, call the SFA Fine Arts Box Office at (936) 468-6407 or visit www.finearts.sfasu.edu.

Columbus Day is a great day to discover more about the SFA trombone studio and help get prepared for region/state band try-outs.  Simply register below.  Come for all our part of the day.

Can’t wait to get going this year.  We have our largest group of incoming trombonists ever!  The Lumberjack Marching Band is full to capacity, excited to be marching in the Macy’s Thanksgiving Day Parade, and the trombone choir will just be awesome!  I’m looking forward to hearing four students will perform their senior recital this fall!  It’s a great day to be at SFA!

Charles Hurt, the professor of trombone from Texas State University, recently visited the trombone studio at SFA.  He worked with students in masterclasses, lessons and performed a recital. 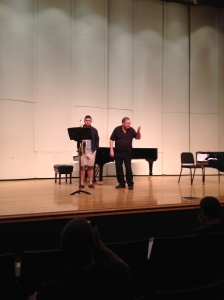 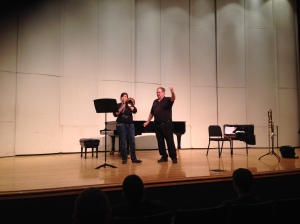 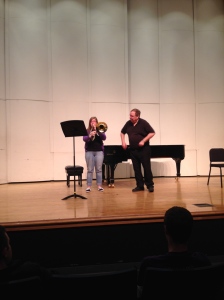